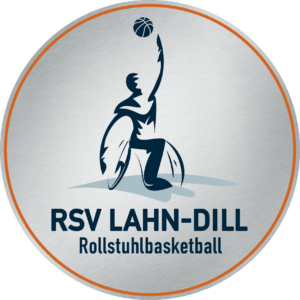 RSV Lahn-Dill mastered the first top game of the new year with aplomb and at the same time defied the host third place in the table and the corona pandemic. In the end, the leader of the standings from Central Hesse celebrated a clear 76:56 victory (23:16/36:31/55:39) at Hannover United.

The starting conditions were not ideal for the Wetzlar team before the RBBL top game. Earlier last week, head coach Janet Zeltinger tested positive for the coronavirus. As in the previous week, a complete training day had to be cancelled for safety reasons and daily tests had to be carried out before the team could fully return to practice operations. Similar was the case with Peyman Mizan, who was taken out of the training cycle for the whole week as a precaution due to contact with a person who tested positive. But even the hosts from Lower Saxony were not spared in the current situation, as they still had to do without the Dutch world champion and Paralympic champion Mariska Beijer and Vanessa Erskine at short notice.

Even more surprising was the remarkable start to the duel of the 13th matchday, in which both sides delivered an open exchange of blows from the beginning. Although the guests, coached by assistant coach Günther Mayer, seemed to have the better approach to the game, United almost always had a powerful answer in the first 20 minutes of the game. So, it was Thomas Böhme, who marked the early 7:3 (3rd) with his first of four threes, but in return the Israeli Amit Vigoda, also beyond the 6.75m mark, and Jan Haller posthumously to 9:10 (5th) from RSV’s point of view. Above all, the former Wetzlarer Haller was in a good mood on this day and took advantage of the freedom offered to him as effectively as ice-cold. In the end, the 33-year-old international scored a strong 18 points.

The defense of RSV Lahn-Dill, for its part, increasingly concentrated on the two hanoverian top scorers Jan Sadler and Jan Gans, the latter once also active in the jersey of RSV. And the Mittelhessen did this job very well, in the end only 13 of the otherwise average almost 30 points were in the books for both. “We presented ourselves very well today with a strong opponent. Especially in the third quarter we were able to shine at both ends of the field, “Gü” Mayer was pleased about the successful performance in the capital of Lower Saxony: “Congratulations to the entire team for a really confident performance”.

The conclusion of the native Allgäuer referred above all to the decisive phase of the game after the change of sides, in which his RSV set the decisive course. The team came out of the dressing room highly motivated, reeled off their own defence uncompromisingly like a Swiss clockwork and thus forced the early preliminary decision. Hiroaki Kozai opened this round with a three-pointer to make it 39:31 (22nd), captain Simon Brown added another six points, while the hosts were only able to rearrange themselves offensively after the 49:33 (27th).

But at this time, the run of the guests from Hesse could hardly be stopped. While it was in quarter number two the Japanese Reo Fujimoto, who scored from all positions, this was now taken over by top scorer Thomas Böhme. In the fourth part of the game alone, he collected twelve points and showed himself humorlessly effective whether he was humorlessly effective at the three-point or free throw line. At the latest at 67:39 (34th) the fair in Hanover was therefore read, before Oliver Jantz and Jan Sadler could still make the deserved result correction in the remaining minutes.

After three successes within 14 days, RSV Lahn-Dill now has another two weeks to prepare for the upcoming home game on February 12 against the reinvigorated BG Baskets Hamburg and all the hurdles that Corona will still have in store.